Today we're going to take a look at documenting a middlin' class impression.  Even though surviving artifacts and portraits are rare for this group of folks, there is still lots of material to pull from. English genre art is a good place to start, but be careful of using them too literally since frequently things are being lampooned and, a lot of the times, we're not getting the joke. For today's example, I have chosen one of my favorite prints from the Lewis Walpole collection, "A Ladies Maid Purchasing a Leek" 1772.

It is important to know that documenting your clothing does not mean you need to be running out trying to draft originals from collections. As I mentioned yesterday, many scholars have already done this for you, I'll use some in our example today.  In addition, your documentation doesn't necessarily have to be a work of art either. Sure, it's nice to have your items photographed professionally and to show off your graphic design skills, but it's not required, all you need is the information in writing and your sources cited. 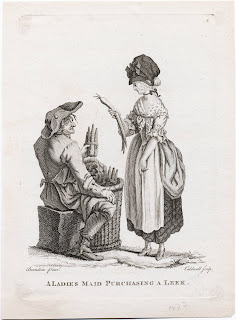 Black Silk Bonnet over linen cap (as pictured in print) 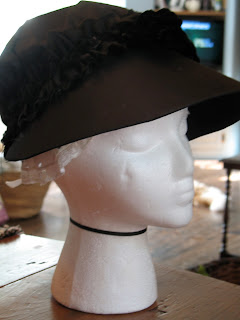 Linen apron and printed cotton handkerchief (as pictured in print)

If this all seems overwhelming, start with documenting your outer garment first and work from there.  Once you do this a couple times, it gets easier. And by the way, when you are shopping on sutler row, don't be afraid to ask for their primary sources.  The best sutlers have done their homework and will be able to cite them for you.

Documenting Your Kit - Easier Than You Think

Snakes, spiders, swarms of biting insects, wearing wool in 100 degree heat -- that's nothin' for most reenactors. But ask someone to provide documentation for their kit and they end up looking like they've just seen a ghost. But here's the deal, everyone should be able to document what they are wearing. Now it could be argued that not each person who takes part in this hobby is interested in the clothing aspect of things, but I would make the case that as a costumed living historian, it's actually one of the most important. It's the first thing others see and it's the visual memory you leave behind.  And consider for a moment the history you can teach using clothing as a prop.  Think: taxes, importation of finished goods to the colonies, social status, manufacturing, trade, etc.,  Being able to provide the sources for your clothing choices is an important part of taking your impression to a higher level.

So what is involved in providing documentation for your clothing? It's actually much easier than you think. Over the next week, we are going to share several examples, from working class to gentry.  The good news is, that it does not require writing a master's thesis, much of the work has already been done for you, if you look hard enough.  There are great reference books at your disposal to draw from, as well as countless on-line sources; and for you overachievers out there, well, the sky's the limit.

Shift: Linen, based on Copp Family shift at the Smithsonian Institute, CT provenance 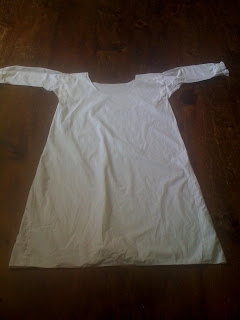 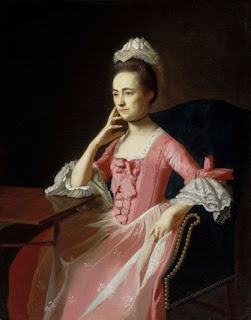 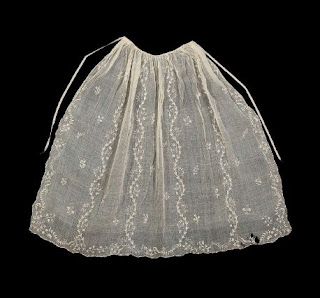 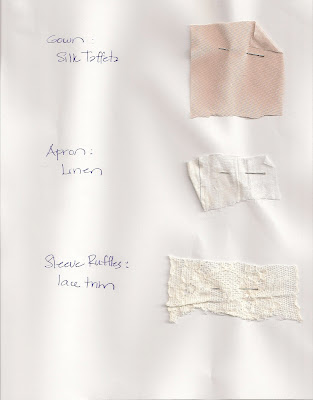 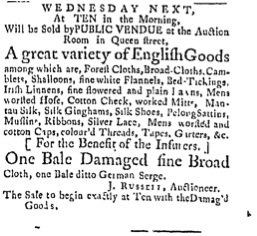 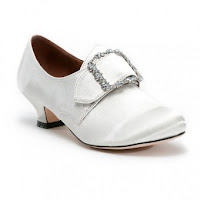 Next: We'll take a look at a middlin' kit using many resources you are probably already familiar with.