In the quest to find a dress form that will allow you to fit an 18th century gown, you inevitably encounter the infamous duct tape dummy.  In theory, it's kind of a cool idea.  Cover your body with duct tape, creating a form, then fill the shape with stuffing or expandable foam. Here's the down side -- duct tape stretches! 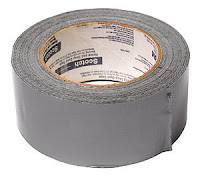 When I tried this, I had my husband, a professional duct tape practitioner, apply the duct tape to my stayed body.  As he wrapped the duct tape around me, it got tighter and tighter until I could barely breathe.  Add a dash of claustrophobia and you are talking panic attack!  I couldn't get cut out of it fast enough!

After being released from my constriction by duct tape, the resulting form looked like a cheesy sci-fi alien torso. I stuffed it with polyfil and did attempt to use it as a dress form, though the distortion factor was pretty high and I'm guessing an expandable foam filling would have stretched the duct tape even more. The form actually became quite misshapen over time. Duct tape stretches, which is great when you are using it to seal things but not so much when you need a stable form to work on (or are being wrapped in it). Conclusion: interesting idea but like duct tape itself, a little Rube Goldbergesque. 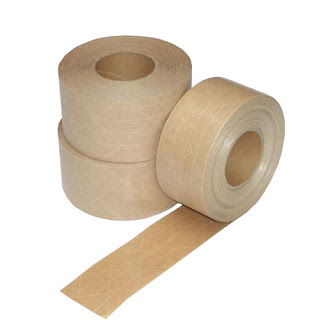 The second cousin to the duct tape dummy is one that was featured in Threads Magazine and the instructions are available on-line. This method uses pre-glued kraft paper tape -- the kind used to seal up corrugated cardboard boxes.  Though I've never personally tried this method, especially after my traumatic duct tape experience, I suspect this might be a better option.  However, it takes a long time to dry and am not sure that it's as strong as they contend it is.  If I were going to try this option, I'd probably end up filling it with foam.  Conclusion: inexpensive to do, might work - but wouldn't want to do it in the summer since it involves blowing hot air all over yourself till the tape dries.

Next: our experience with plaster and expandable foam

For more info about our body double workshop visit The Hive website.