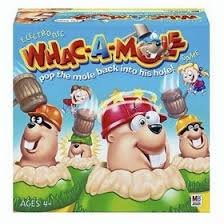 The Bodice -- That mythical garment, created in the laboratories of Colonial Williamsburg long ago as a colonial-like uniform for their guides. They were innocently released into the wild by their Costume Design Center, who using their own words, "thought it was a good idea at the time".  Because they were inexpensive and readily available, they went on to reproduce and colonize throughout the reenacting world during the bicentennial.  As research proved their inaccuracy, movements developed to eradicate them, only for them to reappear every spring like dandelions, with each crop of new reenactors.  Sutlers continue to sell them, even though they know them to be incorrect, and as long as there is demand, they will be offered for sale.

We see so few of them in the Boston area because of the Battle Road Clothing Guidelines (that have pretty much become the standard around here) though there are a few annual sightings around Patriot's Day at parades and at certain town militia events.  Even here in Hiveland, we are constantly playing Bodice Whac-a-Mole!  Every time you think you've licked them, they pop up somewhere else.

This weekend at the annual Redcoats & Rebels event at Old Sturbridge Village, despite the efforts of the organizers to push authenticity standards forward, the bodices were back, though thankfully in fewer numbers than in past years. So why do they persist, even though we all know they are wrong? To answer my own question, it's because "we" know they are wrong but "we all" don't.

Now, I truly believe no one deliberately chooses to dress inaccurately.  Women wear bodices because they don't know any better and/or don't know that there are good alternatives. It's also been posed to me that one of the reasons bodices refuse to go extinct is that menfolk don't care (or don't know) about proper women's clothing and that they hand their wives a catalog and instruct them to pick something out -- because "if it's in a catalog or if a sutler sells something, it has to be right".   Whatever the reason, bodices are our hobby's perennial weed.

So my dear readers, I ask you, can we work to make New England a bodice-free zone?  Do your part!  Spread the word. Remove them from your unit's loaner clothing stash.  Lend a bedgown to a newbie.  If you are a bodice wearer, make a bedgown (they are easy to make!) or better yet make a pair of jumps or stays and get thyself into a gown.  Bring a friend to the Hive this winter!

Maybe I'm Don Quixote tilting at windmills here, but I think we can make bodices a thing of past once and for all.  What do you say folks, let's make a world where the only one left wearing a bodice is the St. Pauli girl!!!!

Email ThisBlogThis!Share to TwitterShare to FacebookShare to Pinterest
Labels: bodice